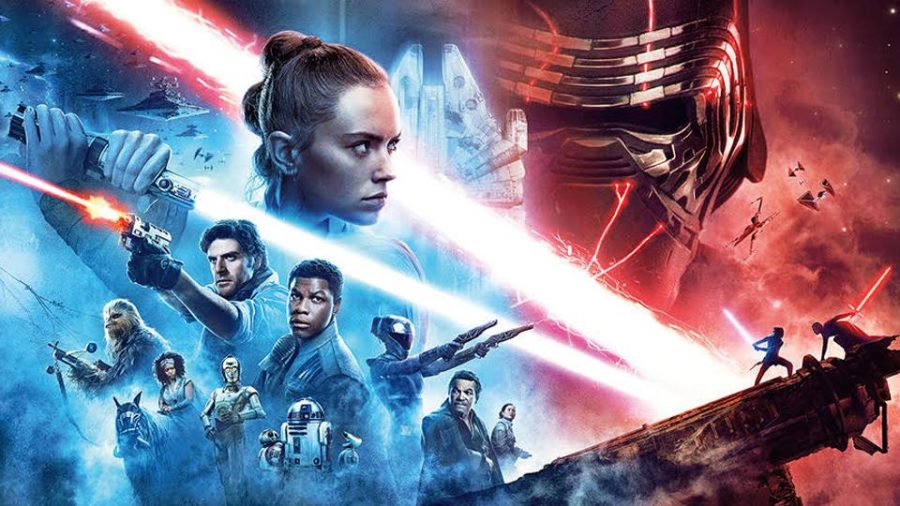 You all probably know that the new Star Wars , “Rise Of Skywalker” came out on December 20th, 2019.. It is supposed to be the last story of the Skywalker Saga. “I know George Lucas is going to make some spin offs about the background of some characters”,”some people gave it a 54% on Rotten Tomatoes. In my opinion, I think it’s one of the better new Star Wars movies. The rise of Skywalker hits many of the same plot points as the Last Jedi. The movie doesn’t necessarily have the same ideas as The Force Awakens. The movie however is still really entertaining. But there is a decent amount of similarities that it has with The Force Awakens and there is enough to where it is pretty noticeable.

However, “there is a decent amount of violence compared to all the other movies”, counting all the planets and Death Stars destroyed, the Star Wars movies have always had a pretty big number of deaths. Rise of Skywalker has that, too, but the violence here can feel more intimidating than we’ve seen before.

We see a couple of characters who have some bloody wounds. In the aftermath of one battle in which Kylo Ren slays many people, we see bodies and a dismembered arm lying next to a corpse. Kylo shows little hesitation in killing aliens and people alike.

People fall, or come close to falling  from tall heights. Characters get sucked into  quicksand traps. The life is sucked out of a few folks, one way or another. The head of a sentient alien is tossed on a table.We see a lot of blaster and lightsaber fights. So if you like action and lightsaber and blaster battles,“Star Wars” The Rise Of Skywalker is one to see.  I liked this Star Wars better than some of the new ones because it fixed what the other directors messed up in some other Star Wars like Rogue One for example.

Here are some things to know before you see Star Wars,“The Rise Of Skywalker if you’re new to Star Wars”.