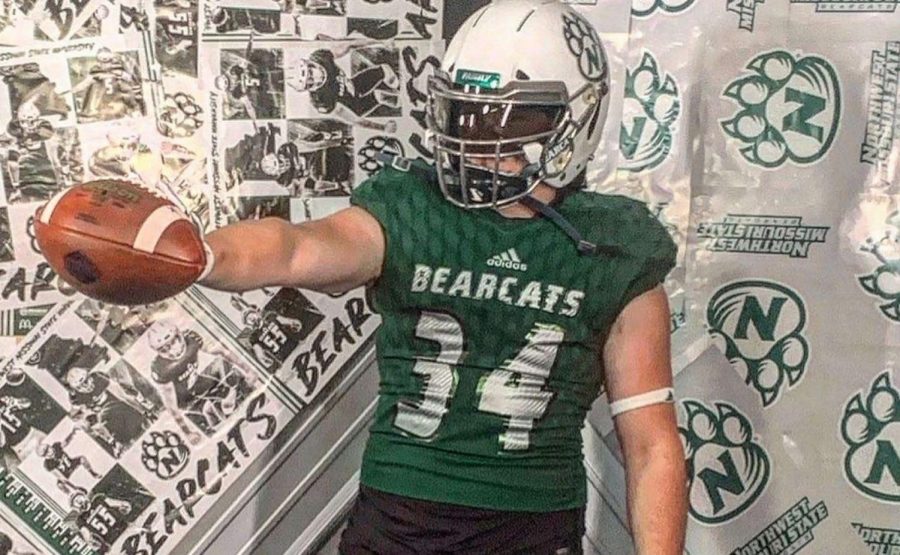 Record-breaking kicker, Charlie Galentine, has had an exciting past few months.

At the beginning of his senior football season, Galentine had tied Mehlville’s kicking record at 48 yards. In his last game of the season he beat the school record with a 51-yard field goal.

Galentine was chosen to play in the American Cancer Society All-Star Football Game held on December 20 at Lindenwood University.

“At first, I didn’t really know what the game was until I talked to the coach about it and then I was super excited to be apart of something going towards such a great cause,” said Galentine.

The All-Star Football Game is a game that is made up of the top players from all over St. Louis and they all come together to play the game they love.

“The weather wasn’t too great and since I’m a kicker, it was difficult to kick when the field was covered in ice,” Galentine said.

Galentine’s team ended up losing 21-7, but that didn’t change his amazing experience getting to play in the game.

“I chose to commit at Northwest Missouri State because of the family aspect of the team and I could tell the coaches really cared about me,” said Galentine when asked why he chose to commit there.

Galentine would like to thank his teammates that he’s played all four years with, the coaching staff at Mehlville and especially his parents for doing everything they possibly could to support him in the game he loves.

Galentine has a bright future ahead of him and even has a possible starting position going into his first year at NWMSU.