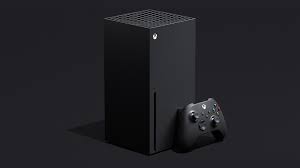 Microsoft's new console, the Xbox Series X, has faced criticism on it's odd shape, compared to other consoles.

It’s no secret that more people went with the Playstation 4 over the Xbox One due to early mistakes from Microsoft, with the main one being the release price of the Xbox One. The Xbox One released at a price of $500, which quickly sent the PS4’s sales above Microsoft’s.

They won’t be making the same mistake this time, however. Phil Spencer, executive vice-president of gaming at Microsoft, said, “We will not be out of position on power or price” (TechRadar).

Sony, however, looks to build on the incredible release of the PS4. Since its release in late 2013, the PS4 has become the fastest console to reach 100 million sales (InterestingEngineering).

One major talking point of the new Xbox is the updated look of the console. Departing from the usual rectangle, Microsoft’s new console will resemble a column, similar to most PCs.

As far as games for the new Xbox, it will allow backwards compatibility for every Xbox One game, as well as a ton of Xbox 360 games. The Xbox Series X will also release with games such as Halo Infinite and Watchdogs: Legion.

Microsoft has also purchased several game studios in the past year to come out with more games exclusive to Xbox, such as Obsidian Entertainment, the company who made Fallout: New Vegas. Exclusives seem to be a focal point for Microsoft, which should be considered by anyone purchasing a new console.