Student Involvement in The March For Life 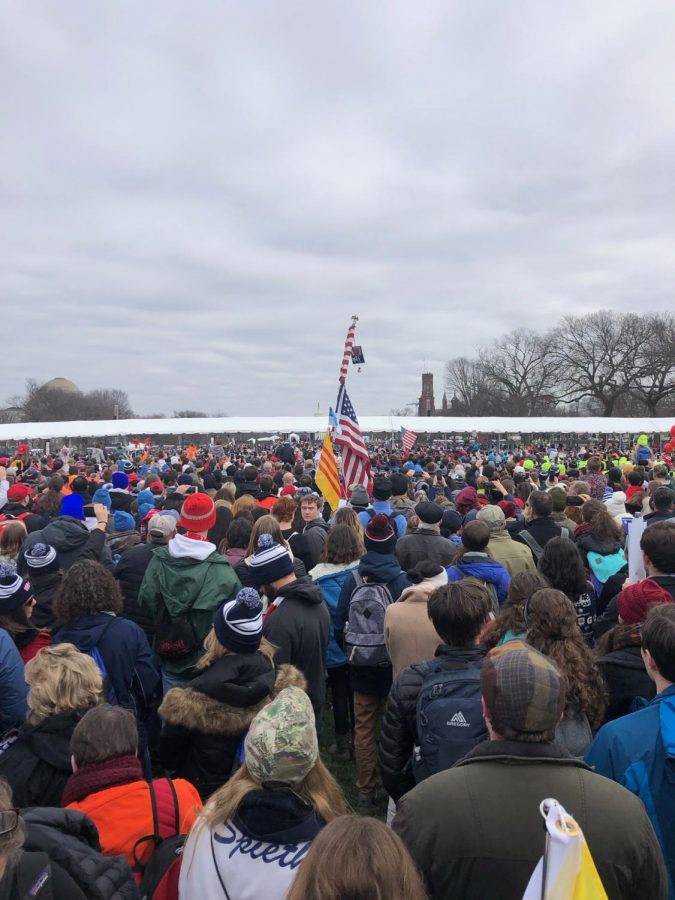 The March for Life is a peaceful rally protesting the legalization and practice of abortion. This pro-life advocacy march is center around the date of the Supreme Court’s 1973 Roe vs. Wade ruling that legalized abortion in all 50 states.

“I have been going to the March for Life every year since 2017,” said Johnson.

“I march in D.C. legally to protesting this and demanding change to protect the lives of the unborn and those on death row,” said Johnson.

The Youth Rally allows students to stand up for what they believe in, in their local communities and hear from dynamic speakers.

“As a student, I am able to learn more about the Pro-Life movement and take what I have learned back to St. Louis,” said Johnson.

Johnson said she has been impacted by attending the march by volunteer back home in St. Louis. Johnson volunteers locally at a Pro-Life organization called Our Lady’s Inn. Our Lady’s Inn is a maternity home providing women with resources who otherwise would not have access to, like motherhood classes, finding jobs, and finding permanent housing.

Johnson is excited to continue attending the March for Life and volunteering back home in St. Louis.