“Ferris Bueller’s Day Off,” an important lesson of slowing down in a fast world. 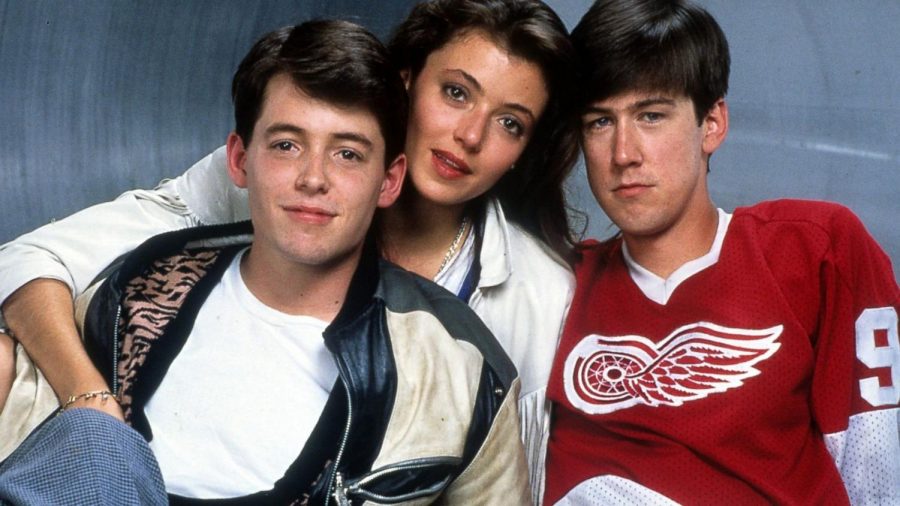 “Ferris Bueller’s Day Off,” an important lesson of slowing down in a fast world
From the clammy sweat of the opening scene to the end shooing of the audience, the 34-year-old masterpiece that is “Ferris Bueller’s Day Off” hooks you in and never let’s go.
The movie is the quintessential teen movie of all time, closely rivaled by other John Hughes films. These include “The Breakfast Club,” “Pretty in Pink,” and “Sixteen Candles.”
Hughes was an American filmmaker who created many beloved classics in today’s pop culture. “Ferris Bueller’s Day Off” is his best work.
While “Breakfast Club” is about remembering those who made a difference in your life, and “Sixteen Candles” a tale of teenage love, “Ferris Bueller’s Day Off” is all about reflecting on your life and your surroundings. As Ferris says, “Life moves pretty fast, if you don’t stop and look around once in a while, you could miss it.”.
Sure there are your fun romps in the movie, the 80s soundtrack accompanying teenage shenanigans, but the movie is more serious deep down. One of the main characters who accompany Ferris on his day off, Cameron, the best friend, is a sign of this.
Cameron is a teenager who suffers from negligent and strict parents, and because of this, he’s very reserved, rule-abiding, and anxious. It’s his relationship with Ferris that at the climax of the movie allows him to do something he’s never done before, break the rules. He erupts with the stress of the life he lives and the childhood he was forced to endure and finally has the courage to be his own man.
He can stand up to his parents, more importantly, his father, and make his own choices. The day he spent with Ferris allowed him to realize that he needed to look around at his life and make a change before he missed any more of it. All of this is executed excellently and emotionally by Cameron’s actor, Alan Ruck.
Another standout character and performance from this movie is Dean Ed Rooney, portrayed by Jeffrey Jones. The dean spends the majority of the movie chasing after Ferris and his friends so that he can expel and academically end the boy’s future. The character of the dean is just one big metaphor for life trying to catch up to Ferris, as he’s been moving too fast.
And while you may think I’m crazy for reviewing a movie 34 years after its original release, but this reflection is a universal theme, and it can be applied extensively to today’s world.
We live in a world where we are forced inside our homes and to wear face masks everywhere we go because of a global pandemic. We don’t see many people anymore, and life is not what it once was. But it’s this situation that we find ourselves in that relates to the movie so heavily.
We as a global community have been forced by the world itself to slow down and look around at not only ourselves but our planet. See the injustices that go on around us and the forests that are burning down. Most importantly, we have the opportunity to look at ourselves.
Just like Cameron, we have the chance to look around and make a change so we don’t miss any more of the life we could be living. We have the power to stand up to what’s wrong in life and fix it.