What Sarah Everard’s Murder Can Teach Us About Rape Culture 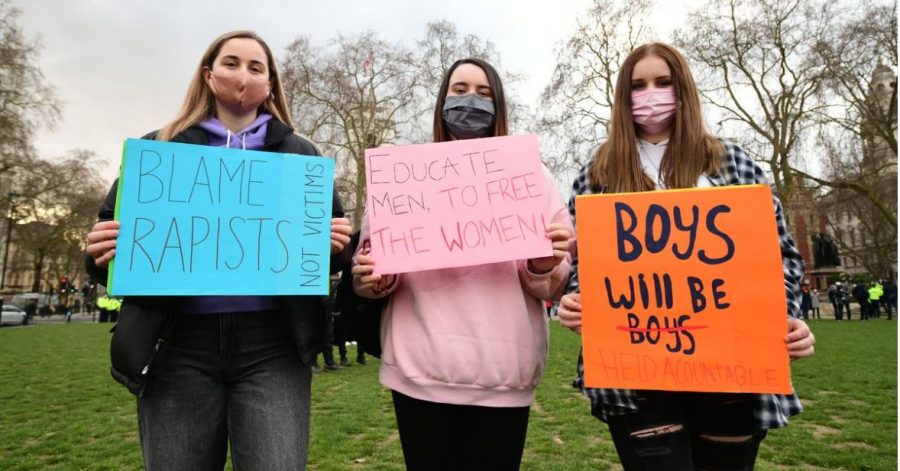 On March 3rd, 2021, Sarah Everard was walking home alone from a friend’s house when a police officer kidnapped and murdered her. This case opened the world’s eyes like never before. People began noticing how unsafe the world is for women.

With this heartbreaking story also came ignorant and bigoted people. Many asked why she was walking home alone and blamed her for her own death. The way society blames women for men’s problems is unacceptable but not new.

The way the media has reacted to this murder has been mixed. Most women have come out with their own stories of sexual harassment and a scary statistic popped up. A survey by U.N. Women UK of over 1,000 women found that 97% of women ages 18-24 have experienced sexual harassment in public places.

Men in patriarchal societies are the leaders. They write the laws and set the tone for the country. Men have the power. Power plays a big factor in rape cases because that’s usually what sexual assault is about. It is about showing dominance and having power over a victim.

Because of the constant threat of rape, women have been trained to play out disaster scenarios in their heads. Most women and people in marginalized groups do things like walk to their cars while looking over their shoulders. They take the keys to their houses out ahead of time. Some even stay the night at a friend’s house if it’s too dark to walk home. Men do not have to worry about the threat of sexual harassment or assault.

When talking about sexual harassment, men like to ask women why they didn’t ignore the man or say no. The reason is it is dangerous to do so because men will not take no for an answer. This is specifically in part of a thing called male sexual entitlement. This is the belief that men can behave as if they have a right to attention from women and access to their bodies.

False rape reports are rare. The reason is that many women who actually are the victims of rape won’t go to the police. A lot of police officers won’t believe women and their stories. A study done by Martin D. Schwartz, sociologist, asked 428 first responders what percentage of rape reports do you believe never happened; they are false reports. Almost one-third said the rate was over 50 percent. Some even said the number was closer to 95 or 100 percent.

So why don’t we believe rape survivors? The simple answer is we don’t want to. Nobody wants to feel like their community is unsafe and there are predators roaming around. It’s also because people have a false idea in their heads about what rape is. They think it’s a stranger kidnapping a woman in the dark and assaulting her. The reality is that seven out of ten rapists know their victims.

To start fixing the sexual harassment problem in the world, we need to start taking accountability.  We can’t blame women for things men have been doing. We need to get rid of gender stereotypes that give men this false feeling of power over everyone. The most important thing is we need to start believing women when they come out about their stories.