Roll Your Dice at the Tabletop Club 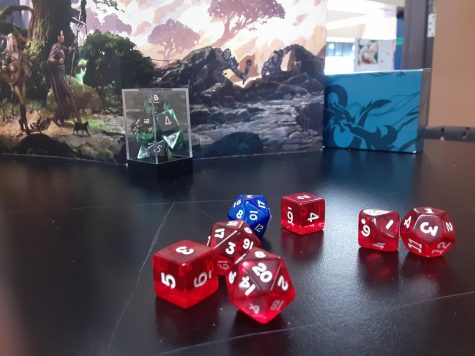 The Tabletop club is a small club within the school that has the participants playing board games. Most of the time the group plays a popular tabletop game called Dungeons and Dragons, but also play other games such as chess, Monopoly and other fun tabletop games.

Every other Tuesday the group joins in the library to play games. The club was started by a former teacher, but once they left the group was sponsored by the librarian.

Here’s what sponsor Sandra Henthorn has to say about the club.

Q: Who is this club for?

Q:  Are there any requirements to join?

A:  There are no requirements, you can show up whenever to play games.

If interested the next meeting of the group is on Nov. 16 in the library.