“Dear Evan Hansen” The Movie: Is It Worth the Watch? 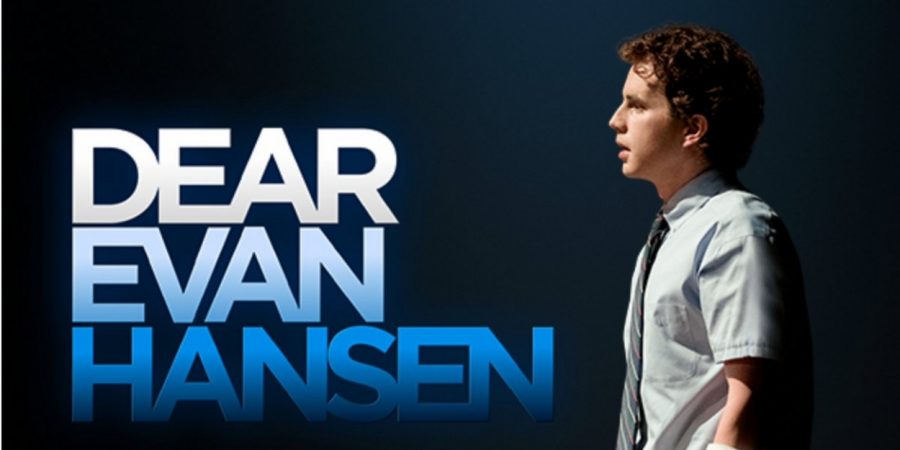 In 2021, movie musicals are again the rage. “In the Heights” and “Annette” have already been released and Steven Spielberg’s remake of “West Side Story” are soon to follow. Back in 2015, the coming-of-age musical, “Dear Evan Hansen,” premiered on Broadway, and took the world by storm.

“Dear Evan Hansen,” the movie, was released in theaters Sept. 24, and is available through Oct.15. Based on the book by Steven Levenson, it follows the eponymous character, a teen suffering from social anxiety, as he navigates a local tragedy for his own gain.

Evan (Ben Platt) wears a cast on the arm he broke by falling off a tree. He wants to talk to his crush, the guitar-playing Zoe Murphy (Kaitlyn Dever), but his anxiety gets the best of him. To diffuse his uneasiness, his therapist suggests he write letters to himself addressed as “Dear Evan Hansen.”

When Zoe’s brother Connor (Colton Ryan), however, signs Evan’s cast, takes one of his letters, then dies by suicide, he is thrown in the mess of a fractured, grieving family. Connor’s parents believe Evan was his best friend, but this is far from the truth. He plays along with the charade, getting the fame, admiration, and love he’s always dreamed of. All at the expense of Connor’s memory.

A controversial choice and a repeated criticism of the film is the casting of Platt. His performance is favored by many for his run as Evan Hansen on Broadway. Although his Broadway run was almost seven years ago and he’s almost 30 years old now, the producers and directors wanted the original design Platt gave to the character.

Although his flawless vocals blow the audience away and his performance is spectacular, having accurate age representation is essential in a movie including and targeted for teenagers.

In many instances, it’s hard to see Platt as the character he’s supposed to play, when he looks like a 28- year-old high schooler. Evan’s youth is one of the things that audiences connect with and use to try and rationalize his choices. The actor’s unrelatability and impracticality for the role, changes the way audiences see Evan’s actions and personality, which makes the casting a misfire.

Other criticisms come from the story and concept of the film itself. The shock of the plot seems off putting to those who are unfamiliar to the musical.

The lack of prior information and/or original intention of the show has led to misunderstandings and discomfort when watching the film. Which begs the question: should the musical even have been made into a movie?

While some may disagree, I think “Dear Evan Hansen” is worth the watch, whether you’re a fan of the musical or not. The show is meant to carry an important message and raise awareness about mental health. Although it might not have been the quality audiences hoped for, it still is a powerful and pivotal show that is notorious in the musical world.