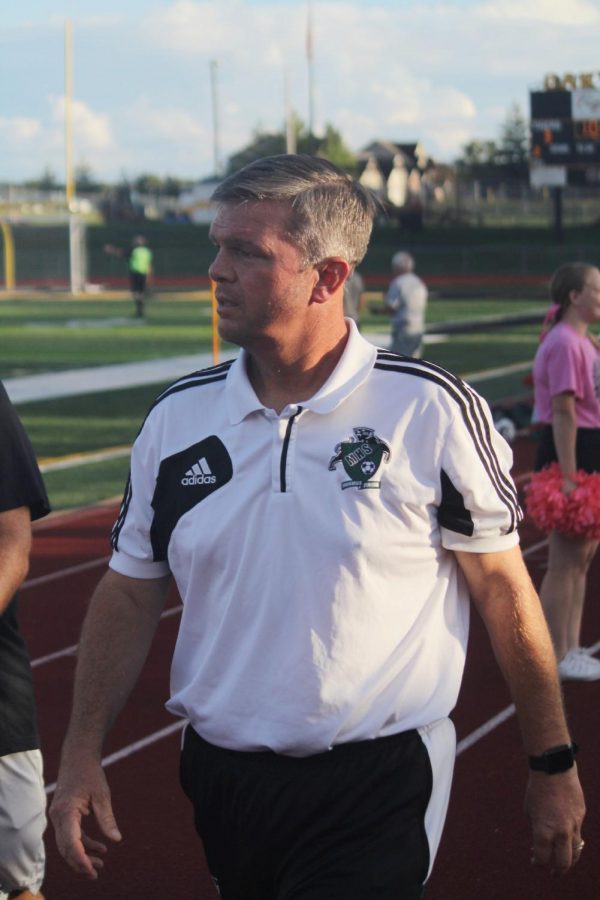 Coach Harper prepares for a game against Oakville.

Coaching since 1999, Coach Harper has impacted the Mehlville High School soccer team in a major way.

“I started coaching back in the fall of 99’ and I started that year as the freshman coach and then the following year in 2000 I stepped up and I became the assistant coach under Mr. Jackson and in 2005 is when I took over the program as the head (varsity) coach. So for the last 17 years,” said Harper.

In those 17 years, Coach Harper has had many remarkable milestones in his career including a series of district championships. Just recently he achieved his 200th win in his coaching career.

“It’s an accomplishment and for me it was more exciting to think how we got there, and the players that got us there,” said Harper.

Harper has a vital impact on the team and how they play. Senior player Anis Smajlovic described Coach Harper.

“He’s a great person and a great coach. He’s hard on us because he knows what we are capable of doing as a team and at the end of the day that’s what makes us better,” said Smajlovic.

Even though most of his time is spent either teaching English or coaching soccer, Coach Harper still makes time for other important aspects of his life.

“My daughter plays on the varsity softball team, so any minute I get that soccer is not absorbing I’m trying to get there to watch her,” said Harper.