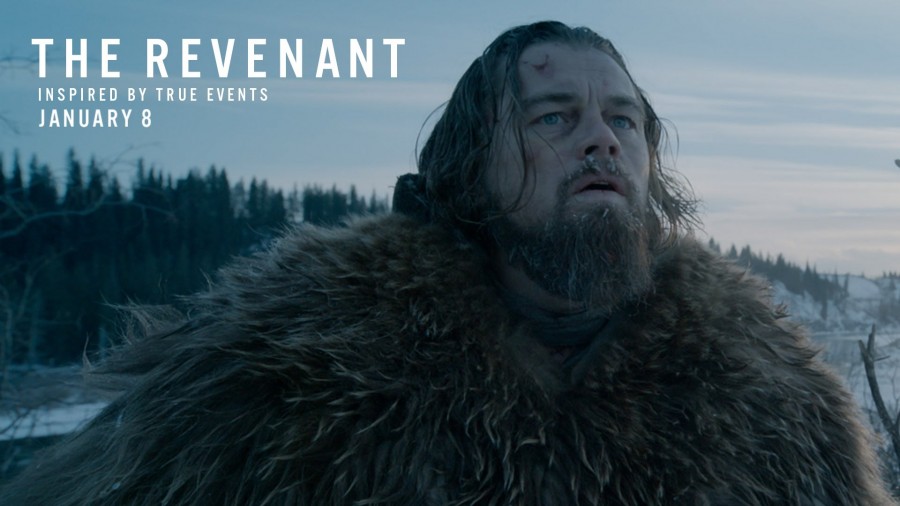 An unforgettable experience was given to me by the thrilling, new movie, Revenant, a few weekends ago.

The year is 1823, Hugh Glass (Leonardo Dicaprio) leads a group of American fur traders on an expedition through densely populated Canada with his Indian son named Hawk.

In the meantime, a group of Arikara Indians called Rees roll through the land searching for the chief’s daughter. After a devastating attack on the trading camp, Glass and what’s left of the expedition jump into a fishing boat. Later on, assuming they are being watched on the river, they decide to disembark.

Hugh, scouting ahead of the group now, gets mauled by a grizzly bear and becomes near paralyzed. He is later found and dragged across a path to find a way back to Fort Kiowa, the closest outpost which is 100 miles away. After difficulty reaching the fort due to Glass’ condition, John Fitzgerald, who is another man on the trip, decides the best way to get back to the fort is to kill Glass.

Fitzgerald, unable to get a chance to kill Glass, convinces the others that the Indians are coming and they ditch Glass in the woods.

Glass, now set for vengeance, travels over 1500 miles in terrible conditions with countless setbacks for one thing, to kill Fitzgerald.

This movie is the best movie I have personally seen in years. Leonardo Dicaprio played an amazing roll and the movie is really based on a true story. Most true stories that make it to the movie industry are exaggerated. While this story is also somewhat exaggerated, it was filled in with unique aspects of things that happened to other people on the frontier.

The movie stands at two hours and 36 minutes but is suspenseful the whole way. Dicaprio has been criticized for his very few speaking lines in the movie, but once you watch it is easy to understand that there is no reason to speak more than he did.

The beautiful scenery was captured when the movie was filmed in Northern Canada, the harsh environment was perfect for the film. Not to mention that the cold conditions that averaged negative nine degrees while most the movie was being filmed. The weather and location helped make the movie what it is.

The unique mixture of music made the movie more dramatic and emotional. The goal was to make the movie as realistic as possible and included Dicaprio climbing into a real animal carcass.

The movie title truly flourishes a deep meaning. Revenant literally means an angry spirit that comes back to life. My favorite part of the movie is a quote by Glass that speaks for itself, “I ain’t afraid to die anymore. I’d done it already.” The different emotions evoked by the movie is what makes it a great film. The fact that this actually happened is shocking.. I highly recommend this movie to anyone, it was very interesting and kept me on the edge of my seat.