Mehlville Shows off School Spirit at the 2017 Homecoming Parade 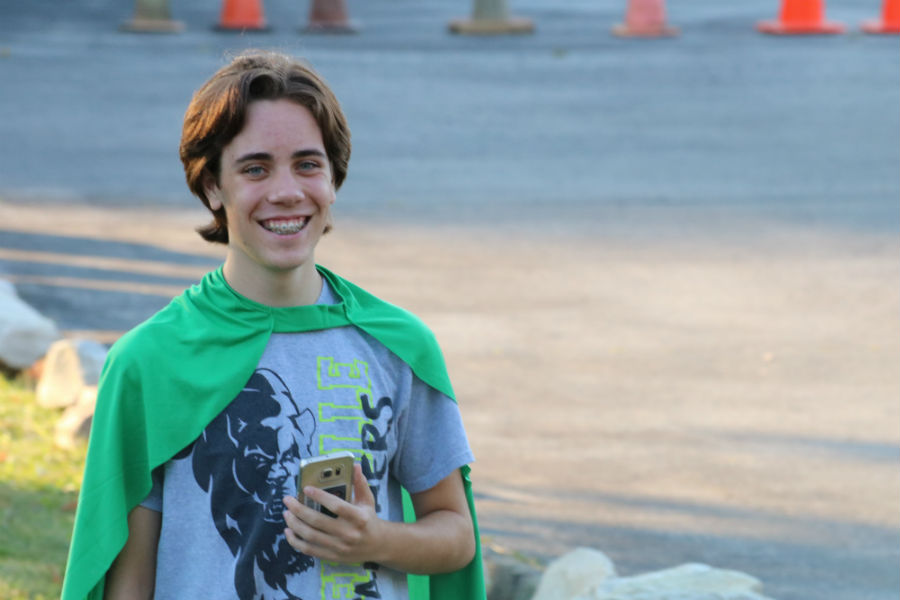 One of the most exciting events of the school year is homecoming. There are many different activities that surround homecoming, one being the parade. The homecoming parade is special because not only were the people of Mehlville a part of it, but the community was involved too.

On Sept. 15 at 5:30 p.m., the sight to see was the Mehlville Homecoming Parade. Clubs and sports enjoyed showing of their school spirit with an amazing float.

The majorettes have been preparing for about two weeks. Senior Majorette, Amy Holdegraver had a lot to say about the parade.

“I usually feel very satisfied after a performance with everyone cheering us on and praising what we do. However, if I have a drop or if someone else does, we would feel really disappointed because we put in a lot of time and effort to put out the best performance we can,” said Holdegraver.

With all the different emotions going on with the parade performers, the crowd could not wait to see what Mehlville had planned this year.

“My favorite part of the parade was getting to see all the little future panthers on the sides of the streets. Every year when the majorettes come down the street with the band all the little kids’ jaws drop when they see what we do. It’s just the cutest thing and makes all of our hearts happy,” said Holdegraver.

Senior Cheerleader, Haley Stallman was also enthusiastic to talk about the parade.

“We like to do cheers that we know will be easy for the crowd to chant along with us,” said Stallman.

Being a senior in the parade has many perks.

Stallman said, “Since I’m a senior this year, my favorite part of the parade was standing on a trailer and cheering instead of walking like the underclassmen.”

Senior Abigail Weber, captain of the Pantherettes, talked about preparation for the parade and her favorite part.

“My favorite part of the parade is seeing everybody in the community show the support for Mehlville with so much school spirit,” said Weber.

Hair and makeup is a big part in performances, Weber said,

“It usually takes about an hour and a half to do both hair and makeup,” said Weber.

According to many performers, the homecoming parade was a success. The crowd enjoyed watching the parade and the incredible float and the people of Mehlville had a great time walking and performing in it.