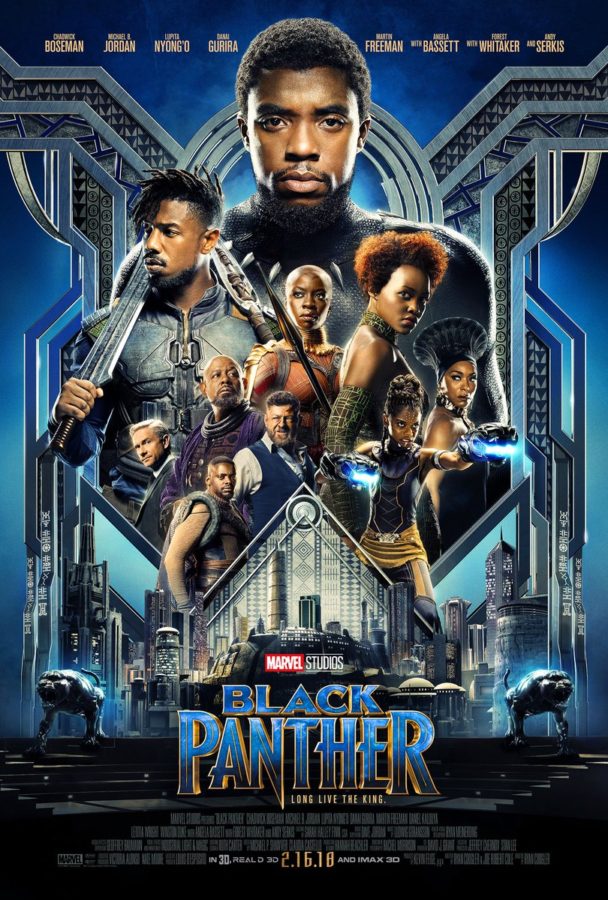 The success of “Black Panther” lies on two things: its diversity, and its strength as a film. It signifies a lot of things, it’s a strong departure from the Marvel movies of the past, it’s a new kind of movie for director Ryan Coogler, and it’s unequivocally a crucial part of our culture.

Currently, “Black Panther” is the 10th highest grossing film of all time. Its success shows the impact and success diversity and multiculturalism causes. For a long time, the idea was to make films for a white, American audience and prioritize the American box office. However, in the past decade the international box office has proven to be far more valuable. For many people’s entire lives, their race has either been stereotypically cast or completely ignored on screen. Pakistani-American comedian, Kumail Nanjiani said it best: “Some of my favorite movies are movies by straight white dudes, about straight white dudes. Now straight white dudes can watch movies starring me, and you relate to that. It’s not that hard. I’ve done it my whole life.”

The most obvious facet of this film, at face value, is the fact that it’s a black superhero film. It’s the first of its kind for a superhero film, but also an odd rarity for it being a black-centered Hollywood blockbuster. To some, this seemed to be a dead giveaway that it was poised for failure. But it’s become a cultural phenomenon, undeniably. People across the world took kindly to its diversity and its nuanced approach to morality and sets a new precedent for superhero films.

“Black Panther” follows King T’Challa, the new king of the fictional African nation of Wakanda, who must ascend to the throne after his father’s passing. Wakanda is a rich, advanced country that hides itself from the world under the guise of being a poor African nation. It’s blessed with a massive reserve of “Vibranium.” A valuable and mystical metal that fuels all of their technology. As T’Challa learns how to become king another threat rises from the US in Erik Killmonger, a veteran from Iraq and Afghanistan.

The film is fueled by the power of its cast. The best performances are given by Michael B. Jordan as the astoundingly complex villain “Erik Killmonger.” Star Chadwick Boseman gives a stoic performance as King T’Challa (the Black Panther) but is overshadowed by some of his more dynamic co-stars. Letitia Wright plays well with Boseman as his sister, Churi, and is one of the most memorable characters. Lupita Nyong’o also gives a strong performance as T’Challa’s love interest, Nakia. Cast-wise, there is no weak link.

Although in some spots the CGI is noticeably lacking, its power comes from the complexity. The most revered characters do terrible things, and the most terrible people can be reasonable, and their actions justifiable. This is demonstrated perfectly by Erik Killmonger (Michael B. Jordan) who brings a huge heart to the film. The events that impacted his childhood and his experience as a Black American growing up in Oakland, California directly made him the character he is. This is the kind of true-to-life complexity of being “evil” that only few pieces of art can truly create, namely Game of Thrones. His villainy comes not explicitly from his beliefs, but from his clash with the established protagonists. By the time the credits roll, you’re left with your own decision to come to, based on the morals each person displays.

Director Ryan Coogler has a small but prolific catalog of films, each of which are better than the previous. His direction and writing are what give this film a big, beating heart. He creates a believable world around these characters, and directs through the shortcomings of his animation budget. It’s clear his strength is in his relationship with cast members, bringing them to life and putting that life and spirit directly on screen. He also does main duty of a superhero director, which is to incorporate small intricacies and pieces of fan service, exceedingly well. His direction becomes another character in the film, very naturally and fluidly incorporating camera movement into the film. His future as a director is incredibly exciting, as he’s yet to make a film that disappoints.

Due to “Black Panther’s” success, the superhero films of the future will probably much more complex, much more morally ambiguous and much bigger heart as a side effect. Black Panther provides a hopeful future for the blockbusters of the future. It appeals to a wide audience, and is a must-see for anyone who enjoys superhero movies, or even just well made films in general.