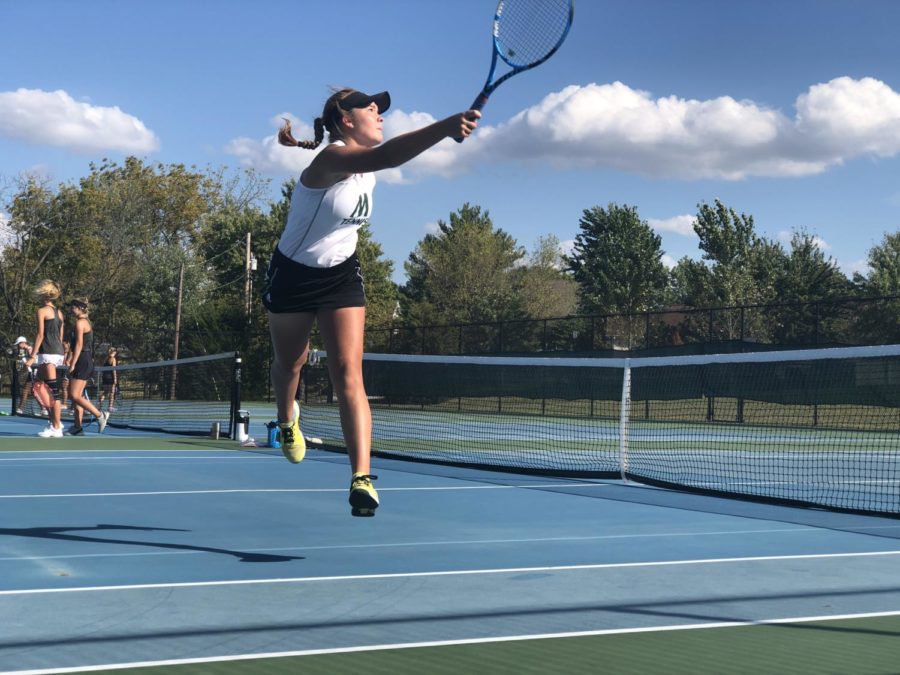 Last year Alyson Piskulic was ranked number one in the state for the class of 2019 girls tennis. She also placed second in the State competition. This year, she is accepting a full ride tennis scholarship from Missouri State University.

“I actually cried in the car, I was so happy. I almost committed on the spot,” Piskulic said.

Piskulic had already visited the campus twice, unofficially, and had worked with Mallory Weber, the Missouri State tennis coach, during Summer Speed. Missouri State’s girls tennis team has a record of 12-10 from the 2018 season. They also won the Missouri Valley Conference last year against Northern Iowa 4-2. Her friend, Anna Alons, is already on the team as well. It was hard to find a reason not to accept.

Before Piskulic wanted to make a decision, though, she made a visit to University of Nebraska, Omaha for a weekend.

Piskulic’s family is very supportive of her decision. In a previous story, Piskulic described her mom as her “push factor” throughout her tennis career, and was surprised that her daughter had not committed on the spot.

Aside from tennis, Piskulic will be studying pre-med and biochemistry. She’s interested in orthopedics or endocrinology.

“In case I end up hating the medical field – which I don’t, I’m in CAPS and I love it – I could also take a year break and work at Monsanto and do biochemistry working in a lab,” Piskulic said.

All in all, Piskulic is thrilled for what’s coming next. She officially signed on Nov. 14`