Do Video Games Cause Violence? 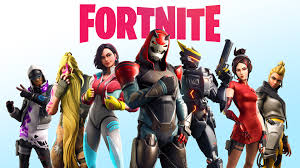 Fortnite is one of the more controversial games, with its target audience being younger than most other violent games

Over the past few months, the debate between whether or not video games contribute to gun violence has gained popularity. From politicians to middle schoolers, almost everyone has heard of and picked a side over the argument popularized by President Donald Trump.

“We must stop the glorification of violence in our society. This includes the gruesome and grisly video games that are now commonplace. It is too easy today for troubled youth to surround themselves with a culture that celebrates violence.” said Trump when addressing the El Paso and Dayton shootings (NBC).

While some people were quick to follow the President’s words, others were quick to write off the statement as him trying to put the blame on something, rather than nothing.

With such a controversial president pointing the finger towards something that many people love, studies about the subject were brought up and researched by people interested in the President’s claim.

In 2015, the APA (American Psychological Association) conducted a study, which they believed proved a definite link between video games and increased aggression, however, countless studies have come out since then proving the APA wrong.

In a new study, conducted by the University of Oxford, around 2,000 14 to 15-year old kids’ behaviors were observed playing video games, and scientists were able to prove that there was no involvement between the two (Forbes). This was a huge discovery, as it disproved the APA’s results, and added more fuel to the argument.

So if there are studies proving that there is no correlation between the two, why do politicians continue to point fingers at video games when it comes to extreme violence? Blake Koelz, senior, believes that it has to do with the age gap between the two.

“They didn’t grow up with the technology that we did. They aren’t able to experience the positives, and it’s easy to think that there are a lot of negatives when your looking at it from the outside.” said Koelz.

Violence in video games has become a very controversial topic, with almost everybody picking a side, and while studies seem to lean one way, politicians and older generations tend to believe the opposite. While the government hasn’t made any attempts to prevent violent video games from being released, they’ve definitely made it clear that they are concerned about the topic.