St. Louis Cardinals Back to the Playoffs 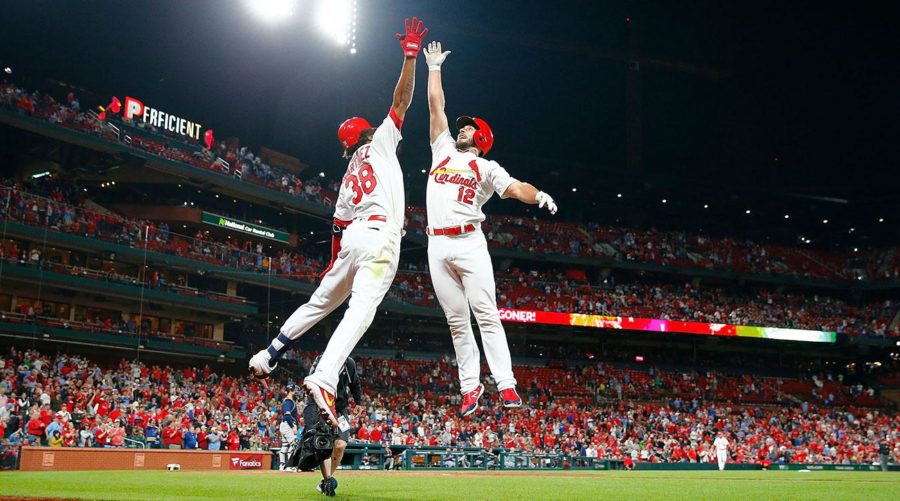 The Saint Louis Cardinals had a comeback season this year with young players stepping up and taking the leadership role away from the veterans this year.

The Cardinals ended up having to overcome many obstacles to make it into the playoffs. Injuries were the biggest setback this season with Carlos Martinez getting injured in spring training and not coming back as a starting pitcher and having him come back as a reliever. Then we go to June 22nd when Jordan Hicks hurt his elbow which turns out to be a torn UCL that ends his season very short. Then the Cardinals had also lost Matt Carpenter, Marcell Ozuna, and Yadier Molina for short periods of time during the season causing the first half to be all about the young players such as Tyler O’Neill, Ryan Helsey, Jack Flaherty, and Giovanny Gallegos.

The Cardinals first half was very up and down their record at the all-star break was 44-44 and then came the second half team motivation to make a playoff push and get in for the first time since 2015.

The Cardinals went on a tear in the last couple of months of the season to give them a final record of 91-71. The Cardinals went 47-27 the second half of the season and were led by the rookie Tommy Edman who hit .304 with 11 home runs and 36 runs batted in. Jack Flaherty led the pitching in the second half recording 71 1/3rd innings posting a 0.76 earned run average and having a strikeout and walk rate of (26.9%).

The Cardinals went into the playoffs after winning the central division which was named the hardest division in baseball this season with confidence. The first round was against the Atlanta Braves who were led by 2nd year outfielder Ronald Acuna Jr who hit .280 with 41 home runs and 101 runs batted in. The games were intense and close all throughout the series with most of the games being one or two run games, until it hit game five and the Cardinals came out of the gate hot and ready to go scoring 11 runs in the first inning tying the most ever in a playoff game. The game was then capped off by six strong pitched innings by Jack Flaherty.

The Cardinals won the series and waited to see who they would play. hey would face off against the strong starting rotation of the Washington Nationals.

The Nationals would out pitch and hit the Cardinals in a devastating 4-0 sweep over the Cardinals. Even though the Cardinals were swept they showed a lot of promise with the young core coming up this season. It is just a matter of time now till the Cardinals put another World Series trophy in STL. The Cardinals will be looking to add a bat this winter in the outfield and third base and don’t be surprised to see a couple veterans moved this winter to open cap space for them to make a big signee in the next couple winters.