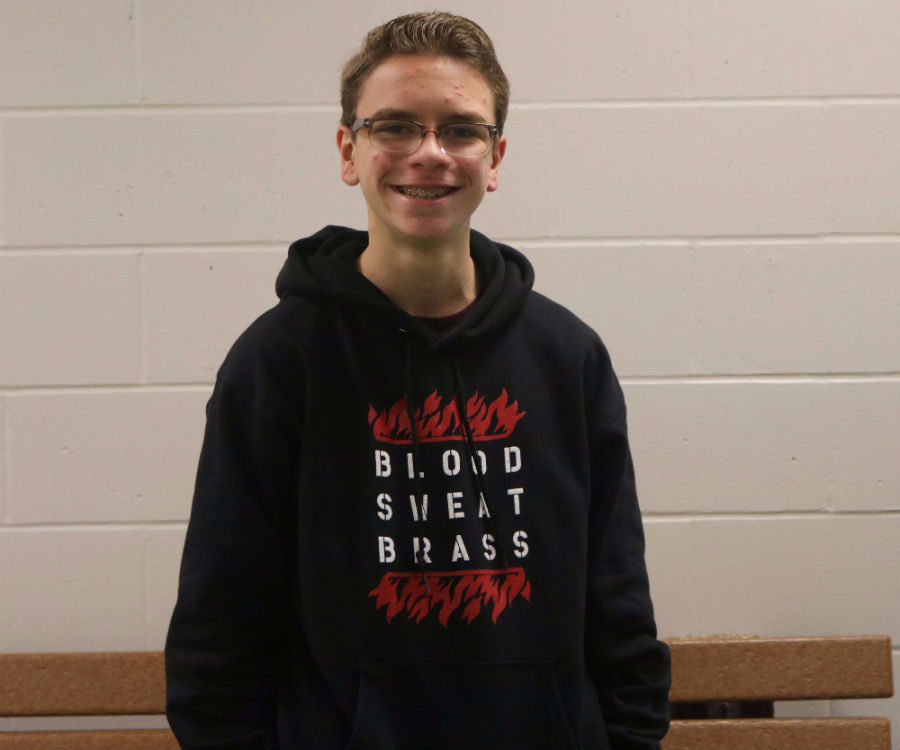 Noah Faulkner, a sophomore at MHS, being his friendly self.

As the school day comes to an end, some students here at MHS start another part of their day whether it’s a job or afterschool activities. For these students, this means spending time with friends and participating in activities they love.

Noah Faulkner, a sophomore, is one of those people. During school, he is known for being super smart and a funny person that everyone enjoys being around.  From the first time freshman walk into this school, they were told to get involved in afterschool activities and that is exactly what Noah did. Faulkner gladly told me that he is in Marching Band and Honor Band.

Everyone has a different reason how they get involved in extracurricular activities and Faulkner reason for participating in band was simple.

“I went to the clinic that they offered in middle school, and they said I was pretty good at playing some of the instruments, and I haven’t stopped playing it since,” said Faulkner.

When I asked him what instrument he played, he said with the grinning smile on his face, “The best instrument of all, the trumpet.”

Beside band, he also has a job at P’sghetti’s.“I can do basically anything like taking out the trash, making cold sandwiches, cash register but the only thing I can’t do is make the hot sandwiches because I’m not 18.”

On his freetime, Noah enjoys driving around, watching YouTube and spending time with his family. He has one sister, whose name is Kate. Kate also is a student here at MHS. She is a year younger than her older brother, a freshman. Each day, Faulkner gives school and his afterschool activities 110 percent everyday which makes him the person who he is today.