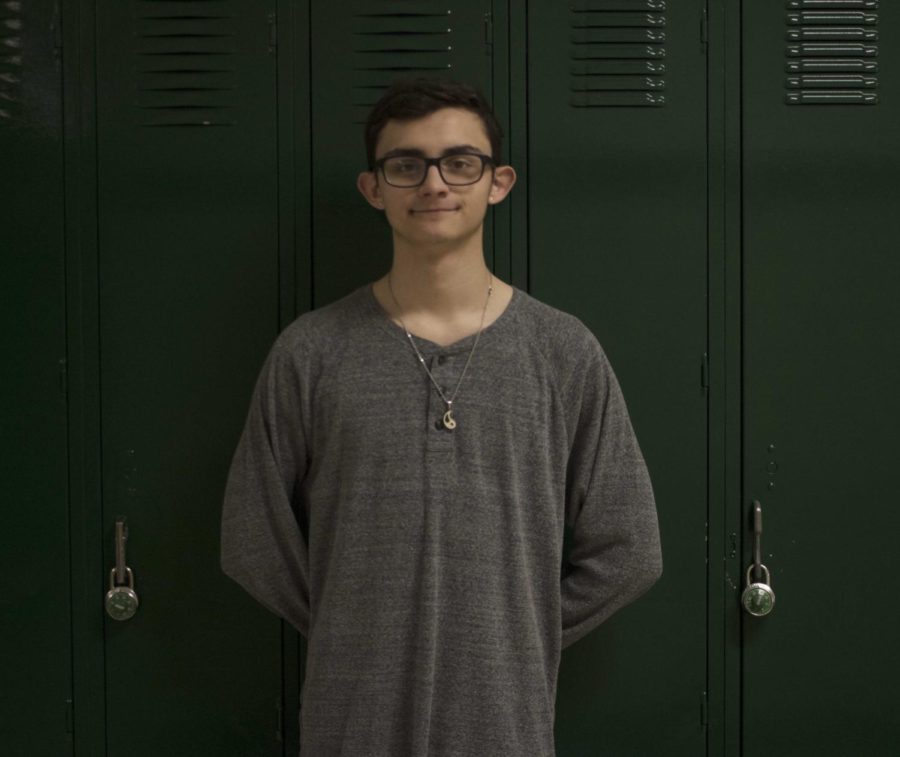 Many students at Mehlville take for granted how accepting the community is. For other students, Mehlville is a fresh start.

However, Heritage puts a lot of effort into building a strong, small community. Polizzi mentions the significant difference of enrollment: Heritage’s 98 students versus Mehlville’s 1,566 students (enrollment as of Jan. 22).

“I will miss the family feel of it. Everyone knows each other,” said Polizzi.

However, Polizzi didn’t always feel like he was a part of the family Heritage was supposed to create. When the principal found out Polizzi was gay, he talked to Polizzi one on one.

“My principal said directly to me, ‘don’t tell anyone, because if you do, I might have to kick you out’. This was during my freshman year,” said Polizzi.

Later during his junior year, Polizzi made a public post to Instagram featuring his previous boyfriend and himself together. The school had apparently seen the picture, and when he refused to take it down, Heritage decided to dismiss him.

“I said I’m keeping it up, regardless of what you say. And then I got kicked out. He said, ‘Well, I’m sorry that I have to do this, but we can’t have you in our community anymore,’” Polizzi said.

Christopher Siebum, reporter, and I went to Heritage to meet with Noah Brink, inter head of school, and Shannon Woods, secretary, to talk about their policy on students who identify with the LGBTQ+ community. Brink was not the head of school when Polizzi was dismissed.

“We don’t have a problem with [LGBTQ+ students] staying with us, as long as they’re not acting in a relationship while they’re here. If they were to do that and we knew about it, that would go against what our culture is,” said Woods.

“We believe that sexuality is supposed to be between a married man and a woman. If we have students acting out sexual behavior, we’re going to have a talk,” said Brink. “I’m going to walk along a student saying, ‘I disagree with your choices, but I want to do everything I can to protect you; but in order to protect you, you have to agree you will not bring your identity decisions in a disruptive way into our school community.’”

Brink is not the only one concerned for safety. Polizzi was very cautious at Heritage.

“I went around for a while, telling people very slowly, just because I wanted to be more comfortable in a Christian place; I was always stressed; I was always scared that someone’s going to hurt me or do whatever to me – I didn’t know,” said Polizzi.

On the Mehlville School District website, under “Policies Listing”, the district states the way they handle student-on-student harassment:

While the district can’t protect students from comments made by others, there are policies in place that offer protection to students from harassment.

Compared to Heritage, Polizzi explains how much easier it was to make friends at Mehlville. There is a significantly larger LGBTQ+ community at Mehlville. Last year he was able to join A Place for All (APA) Club.

“I have friends here that are gay, and it reassures me that it’s good to be gay, because back then I always thought it was terrible. I always thought I had to fix myself, but now I know that they need to fix themselves,” Polizzi said.

Mehlville has helped Polizzi in more than one way. Since he began attending Mehlville, his grades have improved to all As, something he never achieved during his private school career.

Another positive influence in Polizzi’s life is his boyfriend. About a month after he broke up with the boy in the Instagram picture, he met his current boyfriend, Nick.

“He’s my best friend,” Polizzi says, “I’ve been with him since last February, and on Feb. 6 it will be our one year anniversary. I can say that I would not change anything in the past year because I think that he’s the best thing that’s happened to me.”

His family has had mixed reactions to his identity.

“My dad and one of my sisters are okay with it. The other half of my family is like, ‘why are you like this?’” said Polizzi.

After everything is said and done, the previous events led him to a life at Mehlville that he wouldn’t have found otherwise.

“I know a lot of kids here don’t appreciate Mehlville, but I can sincerely say Mehlville gives you so many opportunities. I feel like you should appreciate it because some people don’t have what you have. I wish I went to this school my freshman year. It would have been so much better for me. You should not take this [for granted].”